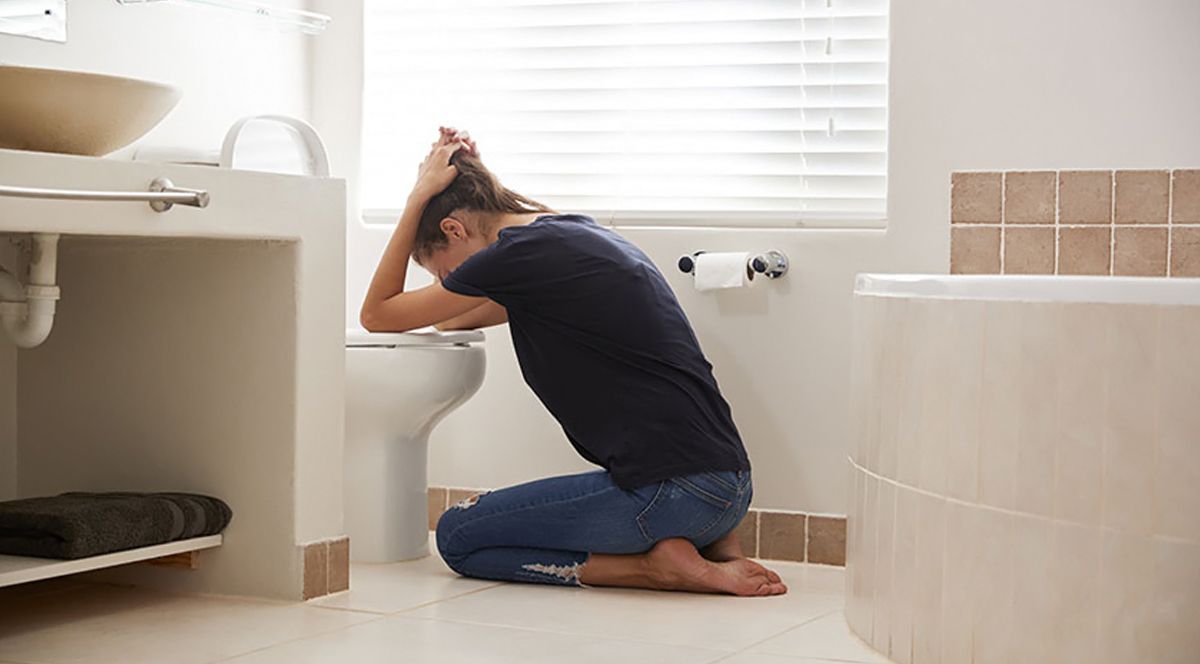 Other symptoms may develop over time, including:

People with bulimia nervosa have recurrent and frequent episodes of eating unusually large amounts of food and feeling a lack of control over these episodes. This binge-eating is followed by behavior that compensates for the overeating such as forced vomiting, excessive use of laxatives or diuretics, fasting, excessive exercise, or a combination of these behaviors. Unlike anorexia nervosa, people with bulimia nervosa usually maintain what is considered a healthy or relatively normal weight.

Eating disorders frequently appear during the teen years or young adulthood but may also develop during childhood or later in life. These disorders affect both genders, although rates among women are higher than among men. Like women who have eating disorders, men also have a distorted sense of body image. For example, men may have muscle dysmorphia, a type of disorder marked by an extreme concern with becoming more muscular.

One approach involves the study of human genes. Eating disorders run in families. Researchers are working to identify DNA variations that are linked to the increased risk of developing eating disorders.

Brain imaging studies are also providing a better understanding of eating disorders. For example, researchers have found differences in patterns of brain activity in women with eating disorders in comparison with healthy women. This kind of research can help guide the development of new means of diagnosis and treatment of eating disorders.

Adequate nutrition, reducing excessive exercise, and stopping purging behaviors are the foundations of treatment. Treatment plans are tailored to individual needs and may include one or more of the following:

Your first step is to call us to schedule your initial appointment. We work hard to pair you with a therapist that we believe will be the best fit for you and your current struggles.

Your initial evaluation session provides an opportunity for you to build rapport with the therapist and provide them with some background about yourselves and the reasons you are seeking counseling. In addition, they will be able to answer your questions regarding services, confidentiality, and what to expect in therapy. With your best interests in mind, you will decide together what kind of treatment will benefit you the most.

At the end of your first session, if you decide to move forward and work that therapist, you will be asked to schedule further appointments. At your second appointment, you will work with your therapist to set goals for your overall therapy experience and then begin working together towards achieving them.

The Benefits of Therapy

We are licensed, caring, and experienced practitioners, here to support your mental and physical health.  Please reach out to get the care you deserve.